I was walking through a store today and was greeted by an inviting, warm aroma of pumpkin, cinnamon, apple and spices. There was a display of the new air freshener scents for fall. Even though I think summer went by too fast and I’m not ready for fall and cooler weather to be upon us, those familiar smells were delightful. That’s when I decided to write about some Paleo recipes using pumpkin. I love pumpkin and it’s a food that doesn’t give me issue. I have heard that it causes some people a cross-reaction similar to gluten reactions if gluten is something they’re also intolerant to. If that’s the case for you, then you might be able to use sweet potato or butternut squash as a substitute.

I’ve noticed many of my friends on social media beginning to post pumpkin donuts and pumpkin spiced latte’s. They get me watered up for some, but I have to look up recipes, gather ingredients, and get time to make them from scratch. Many times I even must modify the given Paleo recipes to be low-FODMAP and what I can tolerate.

You can use these recipes to share with friends and family, plan for Thanksgiving, or to simply indulge. The following is a roundup of recipes I found around the web. With each one, I’ll make note of any ingredients that would need swapped to make the recipe low-FODMAP, in case you’re like me. Click on the name of the recipe to be taken to each site. 1. Pumpkin Pie | From “The Paleo Mom”
* For the pie crust, I would not use almond flour, as it is high in FODMAP’s. I would probably try substituting 1/4 cup coconut flour and upping the liquid to 2 egg whites. Otherwise, I have a recipe for a coconut flour pie crust:
1/2 cup coconut oil, melted; 2 eggs; 3/4 cup coconut flour; 3 Tbsp. maple syrup; salt to taste. Whisk all but the flour with a fork. Stir in coconut flour until batter forms. Pat dough into greased pie pan and bake at 400 degrees F for 8-10 min.
For the filling, I would not use cashews or honey. I would either use all walnuts or walnuts and pecans. Instead of honey, I’d use maple syrup. 2. Pumpkin Bars with Vanilla Frosting | From “Paleo Cupboard”
* Again, I would use maple syrup as the sweetener instead of honey. And I would try using 1/4 cup coconut flour instead of a cup of almond flour. Perhaps a little more coconut flour would be needed. Baking with coconut flour takes practice and a little bit goes a long way. Batter always thickens up after letting it sit for a few minutes, too. So start with less, let it sit, and then add more by the tablespoon, letting it sit in between, until a nice batter is formed. 3. Pumpkin Pie Bars | From “Paleo Newbie”
* I would switch honey for maple syrup. For the crust, I would use either about 1/2 to 3/4 cup coconut flour or a cup of arrowroot. The filling contains dates as an ingredient, which I have heard are high FODMAP. However, I am able to handle them. 4. Pumpkin Pudding | From “Meatified”
Happily, there is nothing I would need to change in this recipe! 5. Pumpkin Bread or Muffins | From “Wellness Mama”
* I would use maple syrup instead of honey or stevia. That’s the only change. 6. Pumpkin Pancakes | From “Paleo Grubs”
* I would use coconut milk instead of almond milk, and maple syrup instead of honey. 7. Pumpkin Pie Ice Cream | From “The Paleo Mama”
No changes needed! (No ice cream maker necessary on this one!)
OR Here’s another one using an ice cream maker :: From “Paleo Newbie”  * I would use maple syrup instead of honey. 8. Pumpkin Roll | From “Primally Inspired”
Gladly, I would not make any changes on the dairy-free version. 9. Pumpkin Spice Latte | From “The Nourishing Gourmet”
* Sadly, I cannot have coffee. It causes a cross-reaction with me. So I am going to try this using Roobios Chai tea instead. 10. Stovetop “Cheesy” Paleo Chicken Casserole | From “Paleo Grubs”
* I made this recipe to take to our church picnic a few weeks ago. But because I can’t handle much butternut squash, which is the basis of this recipe, I subbed canned pumpkin instead. It worked just fine and tasted amazing! It is a hearty, home style, filling dish. Definitely considered a “comfort food” dish. I also can’t have peas, so I cooked zucchini pieces and celery instead. Finally, I am sensitive to vinegar, so I used lemon juice. It will become a regular rotation with us, especially in the cooler months.

Enjoy the changing of the seasons!

© 2014 – 2019, Kristen Hamilton. All rights reserved. Love it? Please share, pin, tweet or email but do not use my work without permission.

← Previous Post Perfect Party Foods: Homemade Buttercream Frosting
Next Post → My Biggest Lesson As a Mom: Remembering To Forgive Myself 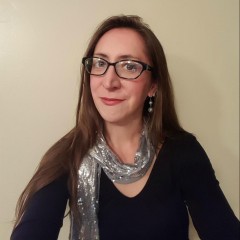 Kristen shares her life with Jesus, her husband, 3 daughters, and a Bengal cat. She's a writer, an avid reader, and Christian music lover. Her blog is "Golden Apples in a Silver Basket" at www.kristen-hamilton.com.